Who Killed Johnny from my perspective was an inconsistent film veering from the bizarre, supposedly hilarious to extremely dramatic. It would have worked better if there had been consistency between these various aspects yet it simply leaves you questioning what you saw.

Who Killed Johnny as a comedy relied heavily on visual gags which felt either flat or clichéd. These took place through Melanie and Max processing scenarios for their proposed script with characters of different features and persuasions imagined for comic intent but with no satisfying results. The visual gags which felt like clichés were the appearances of Jambo and Gudrun, an interracial couple. Jambo with his afro and very tight Y-fronts along with Gudrun’s large breasts and luscious behind were emphasised for their visual humour. I assume it was meant to be hilarious yet it felt bland. 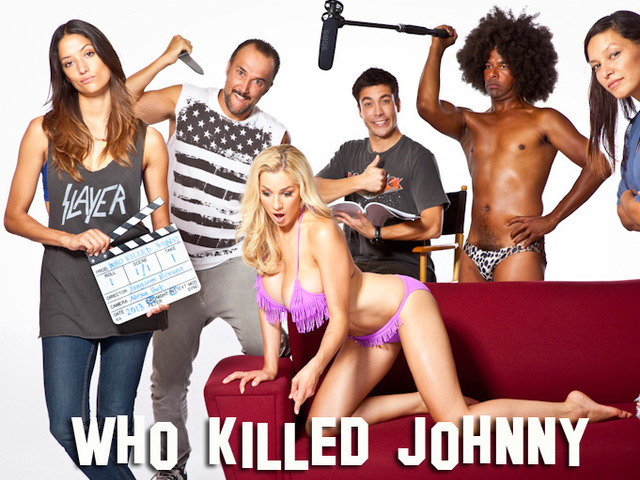